Having several Bentonite Mines and a well-equipped Bentonite Grinding Factory, JAM Group Co. is one of the best manufacturers and suppliers of all grades of bentonite such as High Yield, API, OCMA, Super White, and so on.

These grades are suitable for many industries such as Oilfield Drilling, Paint, Paper, Ceramic, Burial of Nuclear Waste and so on.

Bentonite clay has been used for thousands of years as both an internal and external purification aid. The Egyptians used it to preserve their famous mummies. The ancient Greeks and Romans used it to restore health. The great German naturopaths of the last century hailed clay as one of nature’s great remedies. Numerous so-called primitive tribes have used clay for both internal and external purification.

The American Indians were evidently the first to use Bentonite for its adsorptive properties. According to one Indian legend, a deposit of natural clay of miraculous medicinal qualities was used by the medicine men in the Bighorn Mountains of Wyoming and Montana. The Indians called this clay “ee-wah-kee,” meaning “the mud that heals” (H.H. Tiffany, written commun., 1966). The early pioneers used Bentonite from outcrops called “soap holes” to wash their clothes and to lubricate their wagon wheels (Thorson, undated).

Iranians have known Bentonite and its characteristics since far pasts and used Bentonite as mud shampoo, clay soap and etc. Nowadays Iran has many Bentonite mines and has a great ability to supply Bentonite into other countries. Iran’s Bentonites are famous because of their stunning characteristics. It’s JAM Mineral Company’s honor that can provide all necessary communications for Bentonite exporting. 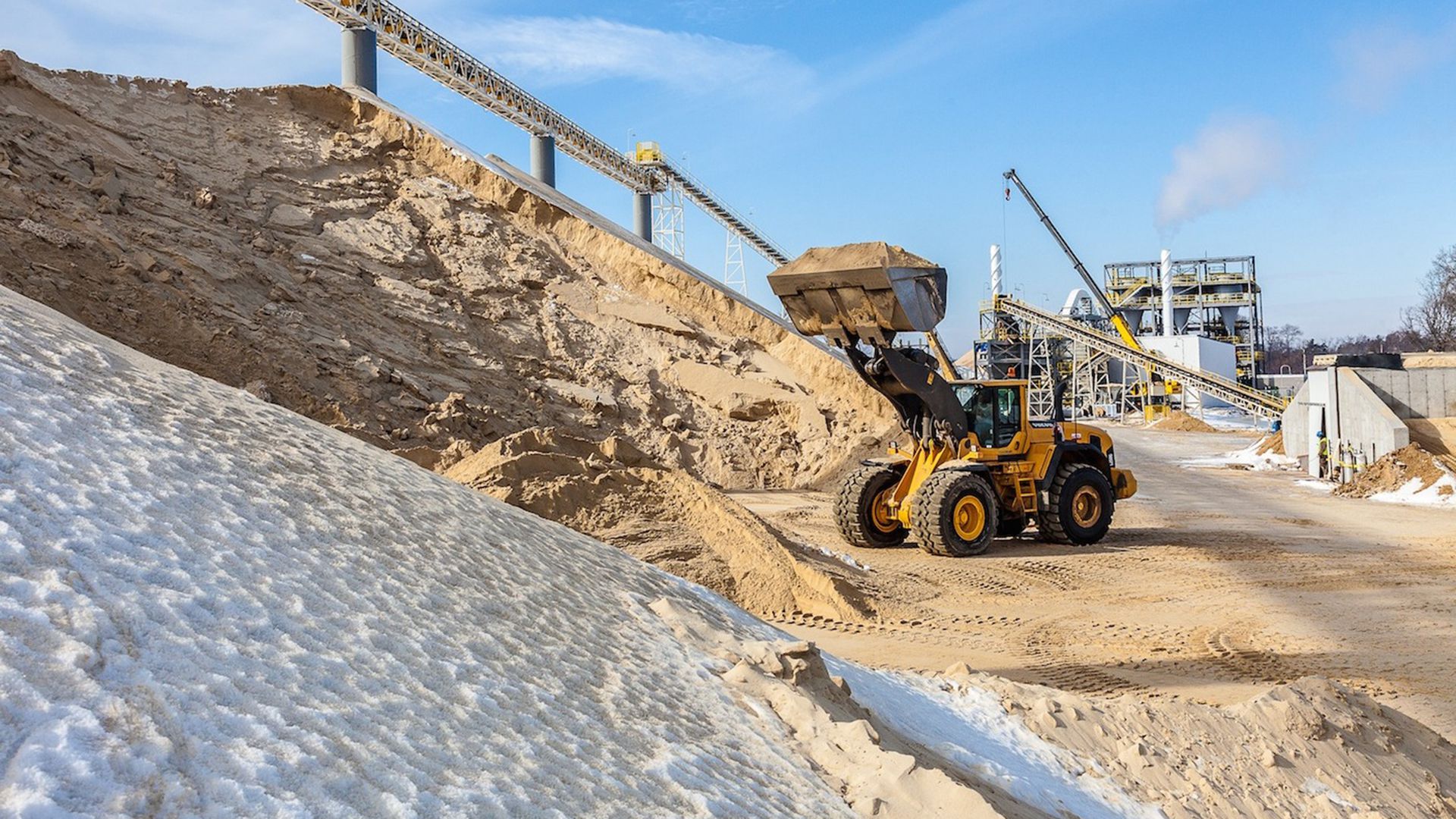 Bentonite clay is a fine-grained rock composed mainly of Montmorillonite minerals. The formation of Bentonite is an in situ alteration of rhyolitic volcanic ash. Pyroclastic material was ejected into the atmosphere by volcanic activity and deposited as sediment in a marine environment.

Bentonite clay is composed of microscopic platelets consisting of layers of aluminum hydroxide held between layers of silicate atoms. These platelets are stacked one on top of the other. If a gram of Bentonite were spread out only one particle layer thick, its billions of particles would cover an area greater than a regular football field. 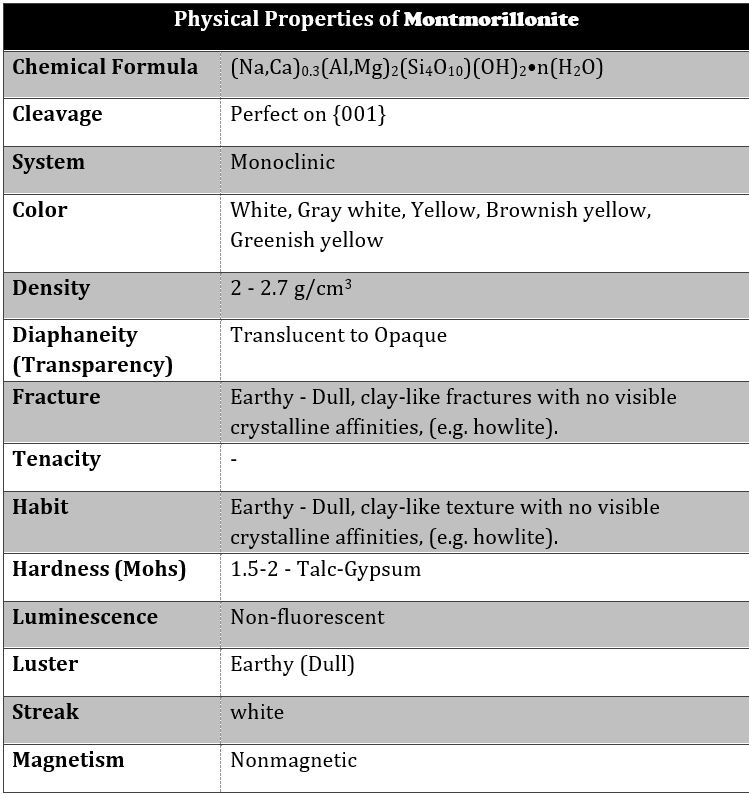 There are two basic types of Bentonite, Sodium type and Calcium type:

Calcium Bentonite is referred to as “living clay” because of the belief found in many cultures that it is useful as a medicine. The practice of geophagy or “earth eating” is centered on the belief that some clays such as Calcium Bentonite is able to be safely ingested for the absorption and removal of toxins from the gastrointestinal tract. Geophagy is known to have been practiced by some Indigenous peoples of Australia and Africa. The modern alternative healthcare industry uses Calcium Bentonite extensively for internal and external toxin removal that is believed to be based on ion exchange. Consult your doctor if you are considering ingestion of any non-food substance.

Bentonite occurs in sedimentary or volcanic sequences where it forms in-situ by the alteration of volcanic ash or tuff. Alteration processes may include deuteric alteration, hydrothermal alteration and sub-aqueous devitrification.

Most Bentonite deposits form under marine conditions or, less commonly, in alkaline lakes. Andesitic to Rhyolitic volcanic rocks are the most common primary source. The final chemical character of the Bentonite is dependent on the combined influences of the chemistry of the primary rock, the environment in which it was deposited and its post-formation history.

Bentonitic units are commonly laterally extensive strata within volcanogenic sedimentary sequences. They may vary in thickness from a few centimeters to tens of meters, and range from Permian to Pleistocene in age. The most economically important Sodium-Bentonites tend to be associated with Jurassic or younger volcanic rocks. This is because Smectite clays are unstable at higher pressures, and Bentonite is increasingly transformed into mixed Illite–Smectite with increasing depth of burial. 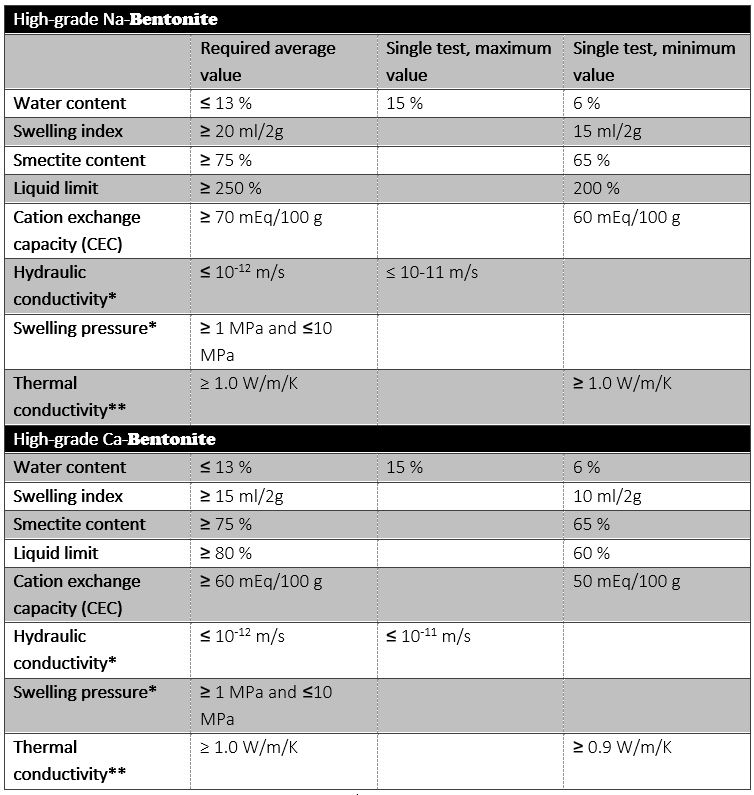 The specifications of bentonite for chemical & rubber and oil-well drilling industries vide IS Specification IS: 6186-1986 (Second Revision Reaffirmed 2010) are given in below table. 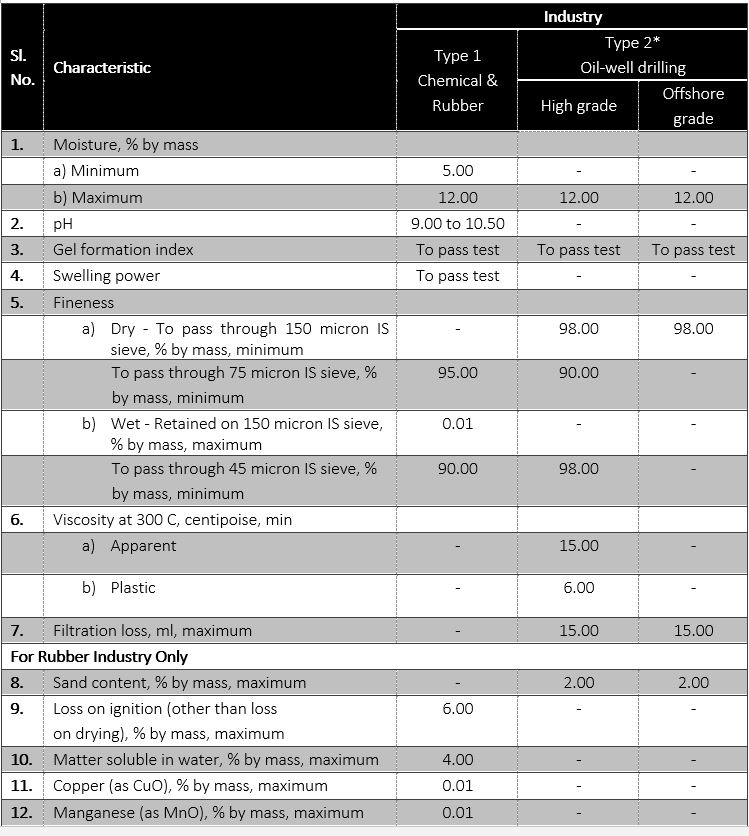 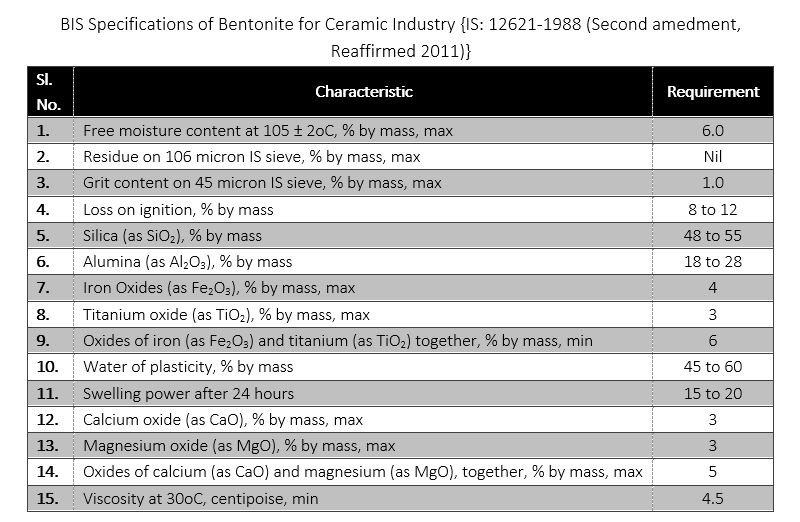 The specifications of bentonite for chemical & rubber and oil-well drilling industries vide IS Specification IS: 6186-1986 (Second Revision Reaffirmed 2010) are given in below table.

Bentonite has high swelling properties along with good viscosity and liquid limit. These properties are highly valued in most of the industrial applications. Sodium bentonite is well suited as a binder in the preparation of pellets and in foundry and as oilwell drilling mud. Bentonite also acts as a suspending agent in oil well drilling fluids. Bentonite exhibits good green strength along with high hot and dry strength which helps in preventing moulds from breaking or cracking during the pouring or cooling process in the foundry industry. Owing to high green strength resulting from its property to absorb and then release moisture, bentonite is used in iron ore pelletisation. Sodium-based bentonite of 75 micron size finds suitability in iron ore pelletisation for bonding by user industries. Bentonite clay is also used in pyrotechnics, to make end plugs and rocket engine nozzles.

Applications for Bentonite include: