What is caustic soda? 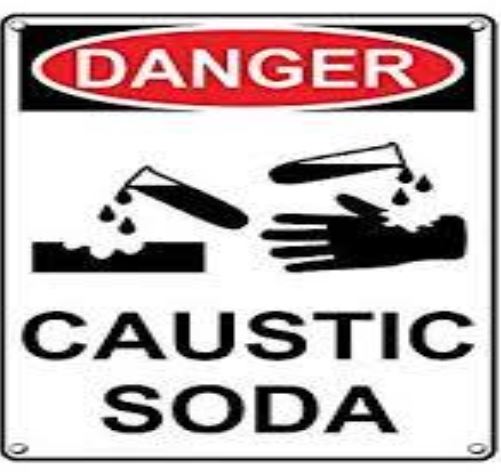 Viscosity
Concentrated (50%) aqueous solutions of sodium hydroxide have a characteristic viscosity, 78 mPa·s, that is much greater than that of water (1.0 mPa·s) and near that of olive oil (85 mPa·s) at room temperature. The viscosity of aqueous NaOH, as with any liquid chemical, is inversely related to its service temperature, i.e., its viscosity decreases as temperature increases, and vice versa. The viscosity of sodium hydroxide solutions plays a direct role in its application as well as its storage 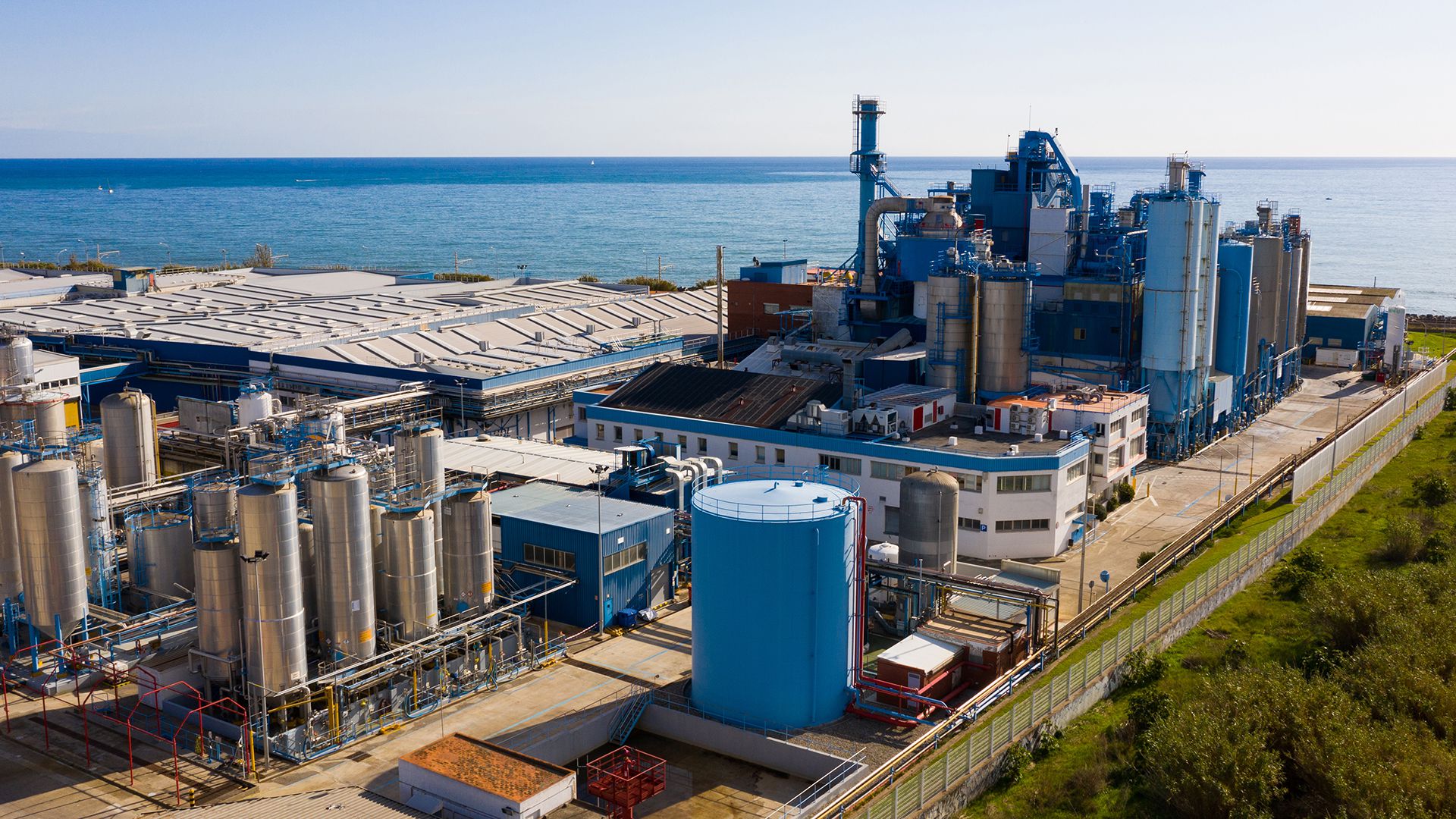 In general, such neutralization reactions are represented by one simple net ionic equation:

This type of reaction with a strong acid releases heat, and hence is exothermic. Such acid-base reactions can also be used for titrations. However, sodium hydroxide is not used as a primary standard because it is hygroscopic and absorbs carbon dioxide from air.

Sodium hydroxide also reacts with acidic oxides, such as sulfur dioxide. Such reactions are often used to “scrub” harmful acidic gases (like SO2 and H2S) produced in the burning of coal and thus prevent their release into the atmosphere. For example,

Reaction with metals and oxides

A few transition metals, however, may react vigorously with sodium hydroxide.

Caustic soda solutions and grades are usually produced as a co-product with chlorine electrolytically. Typically, this is using one of three technologies, such as 1) Mercury cells, 2) Membrane cells, and 3) Diaphragm cells. Here is a briefly description of each of these technologies as it is essential to appreciate the purity of the caustic soda produced and the level of contaminants expected. Since the starting material utilizes sodium chloride (or NaCl), it is reasonable to expect contaminants such as unreacted salt (or NaCl), sodium chlorates (or NaClO3), sodium carbonates (or Na2CO3), and sodium sulfates (or Na2SO4). Depending on how the caustic soda is produced, different tank or line products will have different levels of chlorides. This is important because of the potential risk of chloride stress corrosion over time, particularly around welds in stainless steel lines or vessels when high levels of chlorides might be present during repeated cleaning cycles.

This production method for Caustic soda uses mercury as the cathode for the electrolytic reaction. There is no net consumption of mercury in the reaction, and this process produces the highest purity caustic soda (lowest level of contaminants) commercially available. Typically, 50 – 52% by weight NaOH can be directly generated from the mercury cell without the need for further evaporation. Mercury cell produced caustic soda is typically referred to as Mercury Cell Grade or Rayon Grade.

This process for producing Caustic soda has traditionally used asbestos (now uses safer, alternative substitutes) to separate the co-products, caustic soda and chlorine. This method typically provides a weak “cell liquor” (typically 12-14% by weight) and, therefore, subsequent evaporation is used (utilizing a three or four effect evaporation process) so that a reasonable final concentration of caustic soda, i.e., circa 50% is reached. This process produces the lowest quality electrochemical caustic soda solutions. This grade of caustic soda is referred to as Diaphragm Cell Grade, Commercial Grade, Technical Grade, and sometimes Technical Diaphragm Grade. An additional grade from this process, whereby evaporation is further used to reduce the salt concentration is called “Purified Grade.”

This process for producing caustic soda uses selective membranes designed to separate chlorine and sodium ions. These membranes allow migration of sodium ions across the membrane keeping the chlorine gas and brine on the other side of the membrane. The sodium ions react with water in the mercury cell to produce the caustic soda which is typically 33-35% by weight. Evaporation is used, similar to the diaphragm method, to push the caustic concentration to around 50% by weight. It should be noted that small quantities of salt can migrate across the membrane elevating the final level of “contamination.” This caustic is typically referred to as Membrane Grade.

Sodium hydroxide is used to manufacture many everyday products, such as paper, aluminum, commercial drain and oven cleaners, and soap and detergents.

Sodium hydroxide is used to manufacture soaps and a variety of detergents used in homes and commercial applications. Chlorine bleach is produced by combining chlorine and sodium hydroxide. Drain cleaners that contain sodium hydroxide convert fats and grease that can clog pipes into soap, which dissolves in water.

In a similar fashion, sodium hydroxide is used to digest tissues, as in a process that was used with farm animals at one time. This process involved placing a carcass into a sealed chamber, then adding a mixture of sodium hydroxide and water (which breaks the chemical bonds that keep the flesh intact). This eventually turns the body into a liquid with coffee-like appearance, and the only solid that remains are bone hulls, which could be crushed between one’s fingertips

Sodium hydroxide is used to help manufacture a variety of medicines and pharmaceutical products, from common pain relievers like aspirin, to anticoagulants that can help to prevent blood clots, to cholesterol-reducing medications.

In the energy sector, sodium hydroxide is used in fuel cell production. Fuel cells work like batteries to cleanly and efficiently produce electricity for a range of applications, including transportation; materials handling; and stationary, portable and emergency backup power applications. Epoxy resins, manufactured with sodium hydroxide, are used in wind turbines.

Food uses of sodium hydroxide include washing or chemical peeling of fruits and vegetables, chocolate and cocoa processing, caramel coloring production, poultry scalding, soft drink processing, and thickening ice cream. Sodium hydroxide is used in several food processing applications, such as curing foods like olives or helping to brown Bavarian-style pretzels, giving them their characteristic crunch. Sodium hydroxide is used to remove skins from tomatoes, potatoes and other fruits and vegetables for canning and also as an ingredient in food preservatives that help prevent mold and bacteria from growing in food.

Sodium hydroxide is also used to refine raw materials for wood products such as cabinets and furniture and in wood bleaching and cleaning.

Sodium hydroxide is used to extract alumina from naturally occurring minerals. Alumina is used to make aluminum and a variety of products including foil, cans, kitchen utensils, beer kegs and airplane parts. In building and construction, aluminum is used in materials that enable building facades and window frames.

Sodium aluminate is an inorganic chemical that is used as an effective source of aluminum hydroxide for many industrial and technical applications. Pure sodium aluminate (anhydrous) is a white crystalline solid having a formula variously given as           naAlo2 ,NaAl(oh)4  (hydrated),Na2.Al2O3 , orNa2Al2O4 . Formation of Sodium tetrahydroxoaluminate (III) or hydrated sodium aluminate is given by

This reaction can be useful in etching, removing anodizing, or converting a polished surface to a satin-like finish, but without further passivation such as anodizing or alodining the surface may become degraded, either under normal use or in severe atmospheric conditions.

In the Bayer process, sodium hydroxide is used in the refining of alumina containing ores (bauxite) to produce alumina (aluminum oxide) which is the raw material used to produce aluminum metal via the electrolytic Hall-Héroult process. Since the alumina is amphoteric, it dissolves in the sodium hydroxide, leaving impurities less soluble at high pH such as iron oxides behind in the form of a highly alkaline red mud

Sodium hydroxide is used in many other industrial and manufacturing processes. It is used to manufacture rayon, spandex, explosives, epoxy resins, paints, glass and ceramics. It is also used in the textile industry to make dyes, process cotton fabric and in laundering and bleaching, as well as in metal cleaning and processing, oxide coating, electroplating and electrolytic extracting.