Formalin is a solution that contains a varying amount of formaldehyde with the chemical formula CH2O; it consists of hydrogen, carbon, and oxygen. This solution comprises about 37% to 52% formaldehyde gas by volume as a water-based saturated solution of formaldehyde gas. Formalin also contains a minor amount of stabilizer, which is typically 10–12 percent methanol. As a chemical compound that can take on a variety of forms, formalin is unique when it comes to its applications. For instance, it functions in producing formaldehyde resins, such as urea formaldehyde and phenol-formaldehyde. Additionally, formalin serves as a powerful disinfectant in agriculture and medicine.

Different formalin manufacturers present this chemical compound in the international market, but each customer must find a reputable producer to ensure the solution’s quality and purity. JAM Group Co. is a powerful formaldehyde producer and a reliable formalin exporter which provides you with a unique product. Our factories, one located in eastern Europe and the other in the middle east, allow us to manufacture formalin in different amounts of formaldehyde and stabilizer according to your needs. You can also count on us as a formalin supplier to assist you with special packing and shipping plans, no matter wherever you are.

Briefly speaking, formalin is an aqueous solution of formaldehyde that serves as preservation and disinfectant for biological items. This definition indicates that we must get to know formaldehyde, a crucial chemical compound in formalin production, to learn about this solution and its applications. 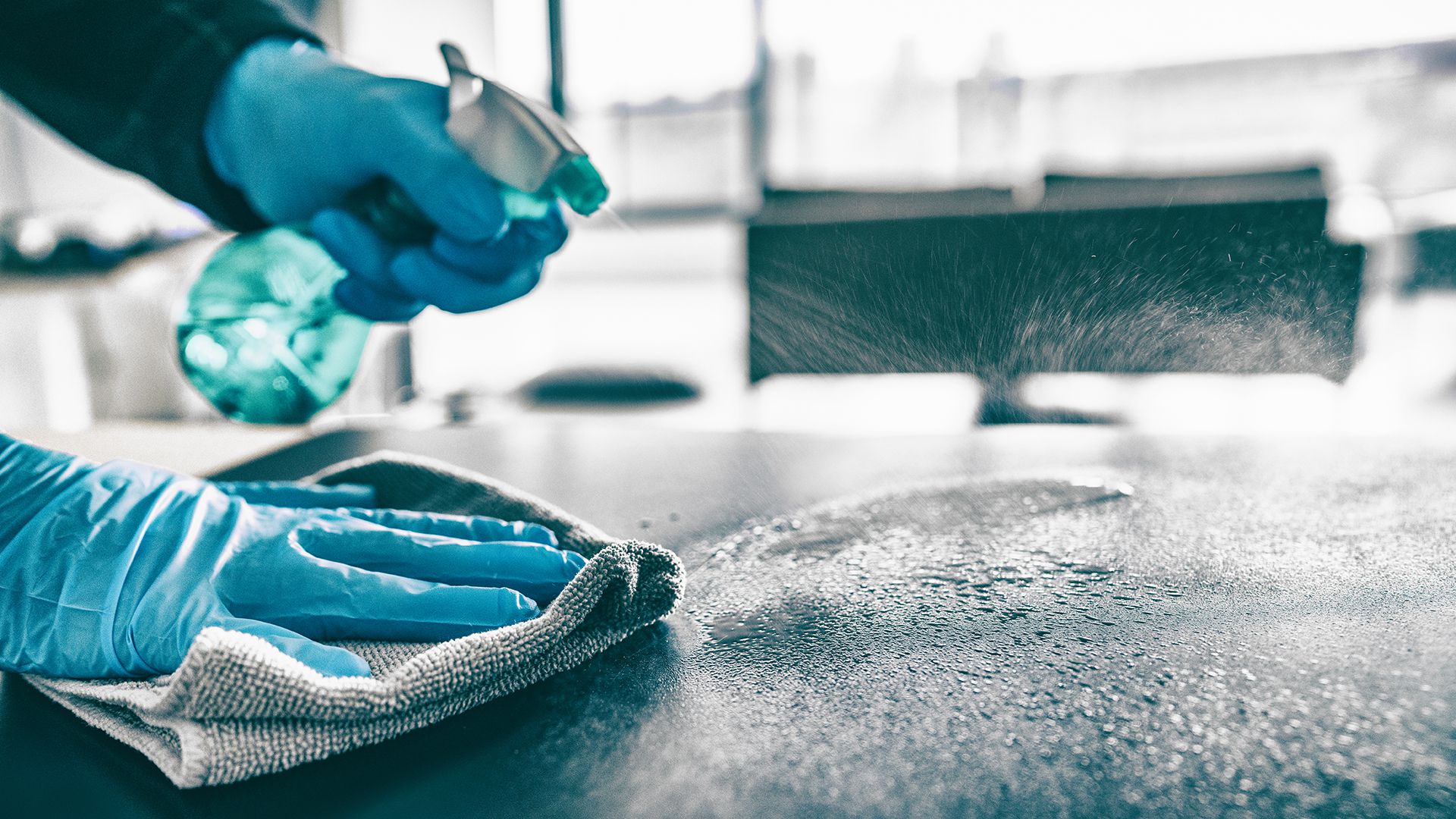 Formaldehyde is a naturally occurring chemical compound with CH2O and the structural formula HCHO. It preserves an aqueous solution called formalin, which is also employed to protect animal specimens. The pure chemical is a strong, colorless gas that spontaneously polymerizes into paraformaldehyde. It is the most straightforward aldehyde (RCHO). The fact that this chemical resembles and is related to formic acid is the source of its common name. Methyl aldehyde, Methylene glycol (diol forms in aqueous solution), Methylene oxide, Formol, and carbonyl hydride are synonyms for this chemical compound.

Since formaldehyde may take various forms, it is more complex than many other simple carbon molecules. These substances are frequently interchangeable and interconvertible; such as:

As a liquid, formalin is colorless. It has a powerful, bothersome odor caused by formaldehyde off-gassing. This solution can be used as a reducing agent to lower other compounds when creating formic acid because its PH is neutral. Formalin solutions that contain a lot of formaldehyde can catch fire. This solution can be used as a disinfectant and germicide since it can kill harmful germs. In addition, they can store themselves, dehydrate the body, and combine with proteins to render them inactive and kill cells. Due to these characteristics, formalin is frequently used in aquariums to eliminate parasites that reside on fish.

Below, you can learn about the synthesis of formalin:

In the previous section, we learned that a colorless mixture of formaldehyde and water is called formalin. It is a naturally occurring organic molecule with the chemical formula CH2O- (H-CHO). A colorless gas with a strong odor, pure formaldehyde can spontaneously polymerize to create paraformaldehyde and has a strong odor. It was also indicated that a tiny amount of a stabilizer, like methanol, is added to prevent oxidation and polymerization of this solution.

It is vital to understand that all of these substances that add to formalin play a role in identifying its grade. For instance, a commercial-grade formalin may contain 37 to 52 percent formaldehyde; Methanol may also make up about 10 to 12% of this grade. In this regard, each carbonyl hydride manufacturer has a unique method for combining and producing formalin, leading to different grades of this substance in the market.

Formalin dissolved in water is known as unbuffered formalin. One part formalin is combined with nine parts water to create this kind of solution. The PH of this mixture of solutions ranges from 3 to 4, depending on the quantity of formalin stock we are utilizing for this project. Because the unbuffered formalin solution has an acidic nature (pH ranges from 3 to 4), the acidity can cause reactions of hemoglobin in the tissue parts we will preserve.

Formaldehyde is a beneficial ingredient in synthesizing a wide range of compounds due to its high chemical reactivity, superior thermal stability, and propensity to polymerize. Although alcohol solutions are readily available, aqueous solutions are the most typical form of formaldehyde. Aqueous formalin is a substance that contains between 37 and 50 percent by weight of formaldehyde. Methyl aldehyde manufacturers may also use stabilizers in these solutions to prevent the production of polymers. The most popular substance for this use is methanol, typically in quantities 10-15% by weight.

The following reactions are used to create formaldehyde from methanol:

Two different types of processes are primarily used to produce formaldehyde from methanol: the oldest one uses a silver catalyst and operates at a methanol concentration above the explosion limit. In contrast, the most recent one uses a metal oxide catalyst and works at a methanol concentration below the explosion limit. Here, the primary characteristics of the two types of processes—the former known as “S” and the latter as “MO”—are contrasted. There are many differences between the many “MO” processes given by the various formalin suppliers, just as there are many differences between the different “S” processes available on the market. Therefore, the comparison must be broad-based.

Large amounts of gas must be compressed since, similar to the “MO” process, the gas delivered to the reaction has a low methanol concentration. As a result, energy-specific consumption is often higher in this process than in the “S” process.

The silver catalyst charge must be replenished every three to four months. Methylene oxide manufacturers can also recycle it. The metal oxide catalyst charge lasts 12 to 18 months, but once it is used up, re-use is impossible; the only metal that is recoverable to make a fresh catalyst is the primary metal, molybdenum. The catalyst cost affects the formaldehyde production cost in the two types of processes have comparable values when these various parameters and the time required for charge five replacement are considered.

There is a steam production process, and steam is exported from the manufacturing unit during the “MO” process. In the best cases, the created steam in the “S” process helps to rectify the methanol, though occasionally, additional steam needs to be supplied from outside.

Formaldehyde and its varying forms, such as formalin, often serve as a precursor to more complicated materials and chemicals. It is more complex than many simple carbon compounds, as previously indicated, because of the variety of forms it can take. It can mix with numerous other elements to create a variety of compounds. Because carbon atoms can combine to form chains, there are various sorts. The most well-known of all the carbon-based chemicals are hydrocarbons. The molecules known as hydrocarbons are made up mainly of the elements carbon (C), hydrogen (H), oxygen (O), and a few less common combining elements like nitrogen (N), sulfur (S), phosphorus (P), etc. It describes the importance and vast usage of formalin scientifically.

Methyl aldehyde manufacturers provide formalin for producing various products and functioning in many industries. Products made from formalin include polyoxymethylene plastics, 1,4-butanediol, urea-formaldehyde resin, melamine resin, phenol formaldehyde resin, and methylene diphenyl diisocyanate, roughly in decreasing order of use. Formaldehyde-based resins are also used in the textile industry as finishers to make fabrics resistant to creases.

Below, you can read more about formalin applications.

In the Production of Resins

Hard thermoset phenol formaldehyde resin, urea formaldehyde resin, and melamine resin result from treating formalin with phenol, urea, or melamine. These polymers act as carpeting and plywood’s permanent adhesives. They can also be cast into molded items or foamed to create insulation. More than half of the formaldehyde produced functions in the production of resins.

Moreover, formalin is a precursor to polyfunctional alcohols like pentaerythritol, which is utilized in producing explosives and paints. Other formaldehyde derivatives include hexamine, which is used in many substances, such as:

As a Disinfectant and Biocide

Since formalin kills most bacteria and fungi, it can serve as a disinfectant (including their spores). For inactivating infections and poisons, it is also added as a component in the production of vaccines. Biocides like formaldehyde releasers are utilized in personal care items like cosmetics. They are known to produce allergic contact dermatitis in some sensitive people, despite their presence at concentrations that are often not considered dangerous. It is also worth mentioning that Ichthyophthirius multifiliis and Cryptocaryon irritans are parasites aquarists treat using formalin.

In the US, formaldehyde is also permitted for use in the production of animal feed. It is an antibacterial agent for up to 21 days to keep animal diets or feed ingredients completely Salmonella-free.

As a Tissue Fixative and Embalming Agent
Tissue or cells are preserved or fixed by formaldehyde. Primary amino groups are cross-linked during the procedure. In RNA gel electrophoresis, formalin is used as a denaturing agent to stop RNA from developing secondary structures. At average temperatures, a 4% formaldehyde solution fixes pathological tissue samples at a rate of roughly one millimeter per hour.

In the Drug Testing

Marquis reagent, which can identify alkaloids and other chemicals, is made from formaldehyde and an 18 M (concentrated) sulfuric acid.

JAM Group Co. is among the formalin manufacturers due to its equipped factories and advanced supply chains, leading to a pure product with accurate properties. We at JAM Group are able to produce high amounts of formalin consistently because of our proper tools. As a result, customers from around the world can rely on our formalin as a high-quality product that meets international certificates. It is also worth mentioning that customers can ask for a formalin with different amounts of formaldehyde and methanol (as a stabilizer).

As a powerful formalin supplier, JAM Group offers you different packing methods, too. Our products are usually packed based on international safety and shipping convenience standards. Still, you can go for your intended way of packing and transportation. In this case, we highly recommend you get in touch with our backup team in Germany.

A water-based, saturated solution of formaldehyde gas is called formalin. It has varying levels of formaldehyde gas and a general stabilizer, typically 10–12% methanol. Formalin is a colorless liquid. It is an essential raw ingredient to create compounds with added value, such as melamine, urea-formaldehyde, and phenolic resins. There are two main methods for producing formaldehyde: the direct oxidation of methanol into formaldehyde using metal oxide catalysts and the oxidation-dehydrogenation of methanol using a silver catalyst. Each methylene oxide manufacturer utilizes one of these methods to produce this chemical compound because both of these techniques hold their advantages and disadvantages. It is also vital to know that methylene glycol manufacturers usually present their products under different grades, such as Buffered, Unbuffered, and Neutralized, in order to meet the market’s requirements.