Slack Wax, Paraffin Wax, Petroleum Jelly and Residue Wax are petrochemical products with numerous applications in different industries. JAM Group Co. is a prominent manufacturer and supplier of this group of petrochemicals in the Middle East.

JAM Group Company as a major producer, supplier and exporter of several petrochemical products in the Middle East, is located in Iran. JAM Group Company has numerous experiences in exporting and is active in case of Paraffin Wax supplying.

Iran as a prominent name in oil and gas industries, has been producing Paraffin Wax in its enormous and well-equipped petrochemical complexes and has exemplary ability in case of supplying this product for exporting.

What is Paraffin Wax?

Waxes are organic substances that are solid at room temperature but become free flowing liquids at slightly higher temperatures. While the main commercial source of wax is crude petroleum, mineral wax can also be produced from lignite, plants, animals, and insects.

Currently, the United States imports a significant share of the waxes supplied (65.3 percent). International trade has grown increasingly important in wax markets, with the United States being a major global market demander. Important import source countries include China and Canada (AFPM, 2013a). 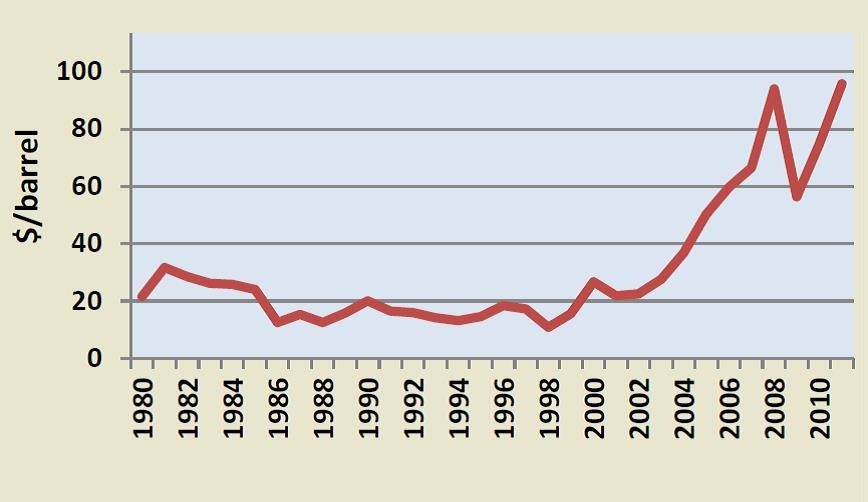 During periods of high petroleum prices, such as those seen in the 2008 and 2011 (Figure 1), and with the methods used in refining oil producing less by-product waxes, other sources of waxes are becoming economically more competitive.

Examples of such a source are waxes produced as co-products in biofuels production. The purpose of this study is to examine potential markets for waxes produced with biofuels.

Paraffin is completely dissolved in crude oil in equilibrium condition. Changes in temperature and pressure disturb this equilibrium, which might result in paraffin precipitation and crystallization. It is known that the solubility of the paraffin wax is very sensitive to temperature changes. For instance, if the temperature of pipe’s surface is below the Cloud Point (The Cloud Point is the temperature at which paraffin starts to crystallize in the solution) of the oil, high molecular weight paraffin waxes are deposited. When crude oil temperature is lowered below the Cloud Point, paraffin wax crystals precipitate and adhere by colliding with surface and deposits. Besides, a mechanism such as shear dispersion, Brown diffusion, gravity, thermophoresis, and turbophoresis helps to drive the wax molecule particle to deposit on the pipeline wall. There are three main factors that affect paraffin wax deposition in flow systems, which are flow rate, temperature deferential, and cooling rate, as well as surface properties.

Wax distillates are obtainable with the batch-type, continuous-type, and pipe-still processes. They are not obtainable in the cracking process, because the hydrocarbons of the feed stock are chemically changed, or undergo pyrogenic decomposition, making recovery of paraffinic waxes well-nigh impossible. Naphthenic are preferred to paraffinic feed stocks for the best yields of petrol by the cracking process.

The wax-oil mixture that distils from petroleum below about 860°F contains wax that can be filtered from its oil in simple filter presses. In fractionating crude petroleum the “raffinate” or cut known as· paraffin distillate, boiling from 170 to ·310°0 (338 to 590°F) when distilled at a very low pressure, can be separated into solid wax and liquid oil fractions by chilling and filter-pressing. The solid fraction that contains 65 per cent of wax is the slack wax which is sweated and refined to the regular paraffin wax of commerce (see Sweating of S13ck Wax, p, 399). It is necessary to remove the wax from pressible wax distillate in order to improve the lubricating properties of the oil and make it chillproof. The wax distillate is therefore customarily pumped to the paraffin sheds, where it is allowed to repose in tanks to promote settling at the lowest room temperature. It is then pumped through a bank of cooling unit to hydraulic presses which squeeze out the wax from the chilled distillate (see Slack Wax, p. 395).

After the paraffin distillate is fractionated from the “crude” a higher boiling cut, known as the high-viscosity fraction, is distilled. This fraction also contains wax, but because of its microcrystalline nature does not lend itself well to separation and filter-pressing. The high-viscosity fraction is cold settled and centrifuged, thus yielding an oily wax portion, known as petrolatum stock and oil. Petrolatum can be refined from the petrolatum stock, or the microcrystalline wax in petrolatum stock can be separated by recrystallization and settlings from naphtha solution at reduced temperatures (see Microcrystalline Waxes, p. 421). This kind of wax is sometimes referred to as “petrolatum wax;” at least 85 per cent of its hydrocarbons are of a wax type, whereas petrolatum itself has only 25 per cent of hydrocarbons of a wax type.

Differential scanning calorimetry (DSC) can be used to detect the physical or chemical changes in a material that are accompanied by absorption (endothermic) or liberation of heat (exothermic). DSC can quantify the thermal events, if the original mass of sample is known. DSC analyses can be conducted with 0.1 mg of sample, 5-15 mg is a typical size.

Fourier – transform infrared (FTIR) spectroscopy is certainly one of the most important analytical techniques available today. One of its great advantages of is that any sample in any state can be studied: gas, liquids, solutions, powders, films and surfaces can be examined by a suitable choice of sampling technique.

The energy at which any peak in an absorption or transmission of FTIR spectrum appears corresponds to the frequency of vibration of a part of the sample molecule. This provides information on the functional groups in the molecule. From the frequencies of the absorptions it is possible to determine whether various functional groups are present or absent. This forms the basis of analyses of the molecular structure of single and multicomponent materials

The Analysis of different kinds of Paraffin Wax are shown in below tables.

Waxes have been used in many different ways since the early days of humankind. The most important application of waxes is for candles. Although no longer used for primary illumination, candles are currently the fastest growing segment of the wax market. Candles that burn well and do not soot are high-quality products.

Candle producers make sourcing decisions based on the purity of the waxes. The Sulzer wax deoiling process has been established as the leading technology for the production of high-purity paraffin waxes. In addition to their use in candles, there are many other applications for high-purity waxes:

Paraffin waxes are used in a wide range of industries, either as a major constituent or as an end-product, as a manufacturing aid or an important additive, used in the production of: